The objective of this report is to describe and assess the evidence from randomized controlled trials (RCTs) and other prospective, comparative clinical trials (CCTs) for the efficacy and safety of behavioral and physical treatments for tension-type and cervicogenic headache. The report is limited to therapies that have been studied specifically among populations of patients with tension-type or cervicogenic headache. As a result, some treatments routinely used by health care providers to treat these types of headache may not be represented

PURPOSE OF STUDY: To determine if full clinical practice guideline-based study care results in greater improvement in functional outcomes than family physician–directed usual care in the treatment of acute mechanical low back pain.

The purpose of this study was to quantify lumbar zygapophyseal (Z) joint space separation (gapping) in low back pain (LBP) subjects after spinal manipulative therapy (SMT) or side-posture positioning (SPP).

The practice of Chiropractic has remained relatively unchanged for over 100 years, and even with new technologies in practice, the manual manipulation of joints remains the defining characteristic of Chiropractic.

The enduringness of Chiropractic alone should speak to its efficacy, yet many people are still reluctant to experience Chiropractic, or other forms of Alternative Medicine for that matter.  It is estimated that only 8 – 10 % of the population utilizes Chiropractic treatments  as a form of healthcare.

Part of the issue with the acceptance of Chiropractic care into mainstream medical care has been the lack of research.  Thankfully the research is finally being published and Chiropractic is beginning to be integrated with standard medical practices.  Chiropractors are now on staff at many VA hospitals in the US and based on preliminary reports more will be added in the near future.  Integration of Chiropractic into the standard medical model is something that I am personally passionate about as I believe that collaborative care between MDs and DCs will provide better results for patients and be more cost effective for healthcare.

Here are a few of the reports and research articles that attest to the efficacy and cost effectiveness of chiropractic treatments.

The primary aim of this study was to determine if there are differences in the cost of low back pain care when a patient is able to choose a course of treatment with a medical doctor (MD) versus a doctor of chiropractic (DC), given that his/her insurance provides equal access to both provider types.

Low back pain is the ﬁfth most common reason for all physician visits in the United States. Approximately one quarter of U.S. adults reported having low back pain lasting at least 1 whole day in the past 3 months, and 7.6% reported at least 1 episode of severe acute low back pain within a 1-year period.  Low back pain is also very costly: Total incremental direct health care costs attributable to low back pain in the U.S. were estimated at $26.3 billion in 1998. In addition, indirect costs related to days lost from work are substantial, with approximately 2% of the U.S. work force compensated for back injuries each year.

Many patients have self-limited episodes of acute low back pain and do not seek medical care. Among those who do seek medical care, pain, disability, and return to work typically improve rapidly in the ﬁrst month. However, up to one third of patients report persistent back pain of at least moderate intensity 1 year after an acute episode and 1 in 5 report substantial limitations in activity. Approximately 5% of the people with back pain disability account for 75% of the costs associated with low back pain.

OBJECTIVE:   A health care facility (Jordan Hospital) implemented a multidimensional spine care pathway (SCP) using the National Center for Quality Assurance (NCQA) Back Pain Recognition Program (BPRP) as its foundation. The purpose of this report is to describe the implementation and results of a multidisciplinary, evidence-based, standardized process to improve clinical outcomes and reduce costs associated with treatment and diagnostic testing.

RESULTS:   The findings for 518 consecutive patients were included. One hundred sixteen patients were seen once and triaged to specialty care; 7% of patients received magnetic resonance imagings. Four hundred thirty-two patients (83%) were classified and treated by doctors of chiropractic and/or physical therapists. Results for the patients treated by doctors of chiropractic were mean of 5.2 visits, mean cost per case of $302, mean intake pain rating score of 6.2 of 10, and mean discharge score of 1.9 of 10; 95% of patients rated their care as "excellent."​

Back and neck pain are important health problems with serious societal and economic implications. Conventional treatments have been shown to have limited benefit in improving patient outcomes. Complementary and Alternative Medicine (CAM) therapies offer additional options in the management of low back and neck pain. Many trials evaluating CAM therapies have poor quality and inconsistent results

This systematic review was undertaken to evaluate which complementary and alternative medicine (CAM) therapies are being used for persons with back pain in the United States.

"For both low back and neck pain, manipulation was significantly better than placebo or no treatment in reducing pain immediately or short-term after the end of treatment. Manipulation was also better than acupuncture in improving pain and function in chronic nonspecific low back pain."

Check back periodically for new and updated articles.

​Here are some links to additional Research: 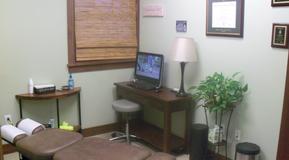 The results of the review showed that the reported proportion of patients who still experienced pain after 12 months was 62% on average (range 42-75%), the percentage of patients sick-listed 6 months after inclusion into the study was 16% (range 3-40%), the percentage who experienced relapses of pain was 60% (range 44-78%), and the percentage who had relapses of work absence was 33% (range 26-37%). The mean reported prevalence of LBP in cases with previous episodes was 56% (range 14-93%), which compared with 22% (range 7-39%) for those without a prior history of LBP. The risk of LBP was consistently about twice as high for those with a history of LBP.

The results of the review show that, despite the methodological variations and the lack of comparable definitions, the overall picture is that LBP does not resolve itself when ignored. Future research should include subgroup analyses and strive for a consensus regarding the precise definitions of LBP.

"Supposing is good, but finding out is better."  — Mark Twain

Adhesions have been previously identified in many hypomobile joints, but not in the zygapophyseal (Z) joints of the spine. The objective of this study was to determine if connective tissue Adhesions developed in lumbar Z joints after induced intervertebral hypomobility (segmental fixation).

NC Board of Chiropractic